What would you do to be free?

Trapped in a home full of rage and violence, Jonah King has had to fight for every scrap of good that life has ever tossed his way. But will it ever be enough?

Sometimes, the lines are blurred between good and evil, love and hate, and when Jonah meets Autumn Garrett, he finds that he’s not the only one fighting for salvation.

Can love this raw be real? More importantly, will they survive to find out?

Gritty and emotional, Blurred Lines is a gut-wrenching, heartrending roller coaster ride through the ups and downs, twists and turns of life, showing us that the most brilliant beauty can be found in the darkest reaches of despair. More than Romeo and Juliet retold, this is no fairy tale. This is survival at the most basic level—the heart.

***Reader Warning*** This book touches on serious issues, meant for mature readers. My characters may be seventeen going on eighteen, but they deal with things far past their years. There are major themes of abuse, as well as some foul language and sexual content. Please read at your own discretion. 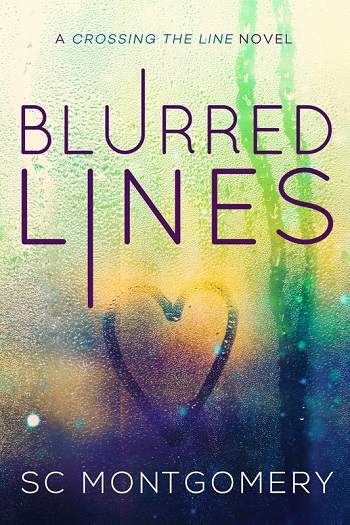 I leaned in slowly and let my eyes fall shut. I breathed in the sweet scent of him and the ocean as his lips touched mine gently. He kissed me like I was a precious thing and tears threatened.

Drawing back, he ran his fingers through my hair and cupped the back of my head. “I think I like you a little too much.”

“When they have the power to break your heart.”

I met his dark eyes, saw the things he kept hidden. “You’ve had your heart broken.” I didn’t ask, I could see it.

He let me go and sat back. “Everyone else.”

I didn’t know what to say to that so I didn’t say anything. How could he not see we were the same? Scared and alone in this world, never fitting in. Until now. Until each other.

Mary Jo – ☆☆☆☆
Tackling the issues of domestic violence and physical abuse is hard at any age, but when it involves teens, it makes the story all the more heartbreaking. Each family in this story has varying degrees of success or failure which leads to episodes of violence toward the wives and children.

What we learn is that domestic violence transcends socioeconomic factors and impacts each family in horrible and tragic ways. Jonah's older brother died after a bar fight and Autumn's father kicked her brother, Gavin, out of the house for standing up to him. Each teen is older and wiser than their years suggest, and they do their best to keep their relationship from becoming tainted by the anger that surrounds them.

As their romance progresses, both Jonah and Autumn have to face hard truths about their families and whether or not their happiness is worth sacrificing the people who love them.

A very realistic story in which the author takes a heartbreaking and heartfelt issue and pens a story that I think every teen should read. 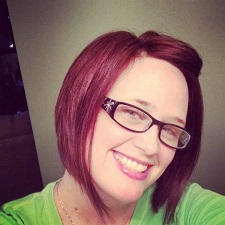 SC Montgomery is a self-proclaimed nerd and readaholic.  She has dabbled in telling stories since she was very young by letting her imagination play out with her Barbie dolls and her bestie many a weekend.  She also writes Contemporary adult romance under the pen name Shauna Allen, and it was in one of those novels that the YA bug bit when she wrote in a teenager loosely based on her own son.  Her first story, Lines in the Sand, was penned as a gift for her mother, but was published with her blessing, and it’s just taken off from there.

SC is married with three children—one son in the Air Force and two teenage daughters—who give her plenty of inspiration and advice, and are a constant source of laughter and new terminology.  Besides writing, she loves reading, movies, singing and dancing reality shows and going to the beach. 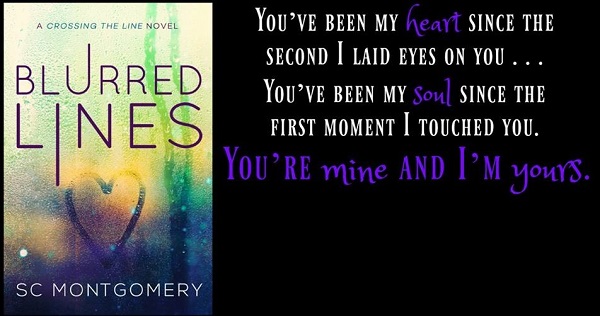 Reviewers on the Wicked Reads Review Team were provided a free copy of Blurred Lines (Crossing the Line #2) by S.C. Montgomery to read and review for this tour.
Posted by Wicked Reads at 6:30 AM