99% Faking It by Chris Cannon

Lisa is a card-carrying, book-loving Gryffindor. Solid. And that’s why everyone knows she’s awesome. Well, except for her crush, Matt. He only ever sees her as a friend. Plus, he's got his eye on another girl. Oh well, plenty of fish and all that.

Good thing Lisa just read a book on the “wedding ring phenomenon”—you get more attention when you’re already taken. What if Lisa pretends to be Matt’s plus one? Maybe it’ll help Matt get his girl and Lisa can hook her own fish.

After the plan works, Matt suddenly claims he doesn’t like the view from the friend-zone and wants her instead… But she isn’t interested in being anyone’s second choice. If this guy wants to earn her attention, he’ll need more than some silly “phenomenon.”

He’ll need to go all out…

Each book in the Dating Dilemmas series is standalone. 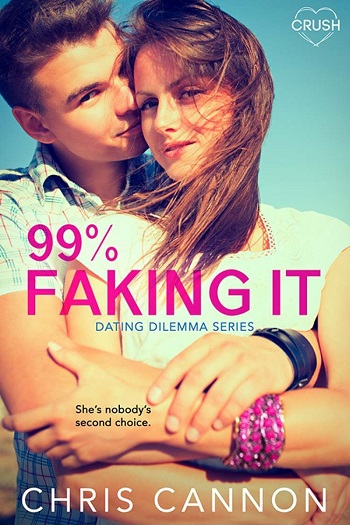 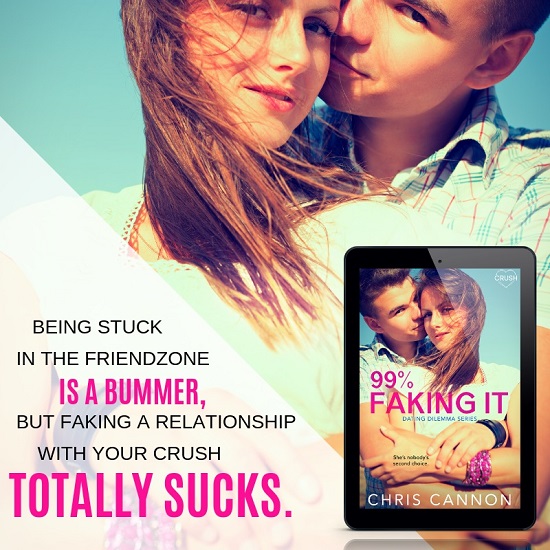 As a big fan of Chris Cannon, and the young adult genre, I was super excited to get my hands on this novel. Perhaps it's my mood. I've been distracted, have a lot going on in life, and struggling to work. I wanted a nice, easy dose of escapism, but it just didn't work for me. I will chalk this up to my mood/reading mood/reader’s-block. I do believe young adults will swoon for 99% Faking It. As an adult who reads this genre, in the mindset I'm in, I wasn't as entertained as I could have been/hoped to be. This is no fault of the author or the story itself, and I'm sure young adults and those young at heart will swoon for the novel. There was an ethical, moral, and maturity issue I had a difficult time traversing as well.

The rating reflects the entertainment value and my enjoyment.

Lisa and Matt are considered good friends. Lisa has an unrequited crush on Matt, while he's infatuated with another girl. While I'm sucker for the premise of friends turned 'more than friends,' it didn't feel as if Lisa and Matt were friends at all. They were more acquaintances, as they didn't know much about one another and Matt had an almost antagonistic way of speaking to Lisa, which was not friendly at all.

Matt and Lisa concoct a scheme to get Matt his girl. Lisa is hesitant at first, obviously fearing their friendship won't survive...

This is actually a PSA for the younger crowd reading the novel, maybe the adults too: the fake dating to gain the attention of your crush isn't one of my favorites. Simply because at my advanced age of 40, I have an opposing view on making someone jealous. Personally, I see it as the one trying to make someone else jealous is using the other person, while hammering home to his crush, "if you don't like me, someone else will," which I find abusive to be honest. Manipulative. If your crush did like you back, saw you with another girl, she'd assume you didn't want her and move on. She'd be hurt, not driven to gain your attention. If she were a moral person, she wouldn't want to butt into another's relationship (the fake one). If anything, it makes the person pitting two others against each other seem like he's a prize – he's not. No one is. Man-up and tell this person you like them, don't manipulate. So I don't understand this facet of the mating dance at all. It's unhealthy, but everyone seems to do it, no matter their age.

As you can see, between the fake dating to make someone jealous, and how dare I be in the friend-zone construct, I had a difficult time enjoying a novel by an author, whose writing style is always a big hit with me. Mostly because if they are behaving like this as teenagers, I can't buy the romance angle or the longevity, because it's setting up the future of a string of broken relationships through life with this unhealthy mindset.

I apologize for the PSA, not truly reviewing the book. I just had to voice why I struggled. Yes, I took this too seriously. Again, it's the mood I'm in. I'm positive someone who is in a light and fun mood will find the novel evokes similar light moods. I'm positive young adults will eat this novel up with a spoon. But my jaded adult mind saw things from a different perspective – a parental one – and this took the enjoyment away from me, and that's on me, not a dig against the author or the novel itself. 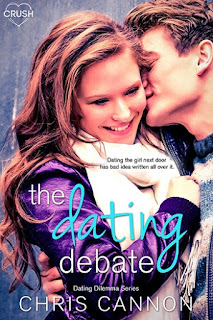 For reviews & more info, check out our The Dating Debate post. 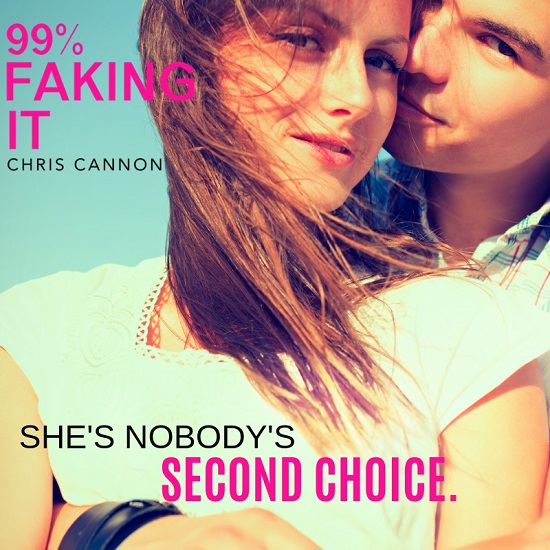 Reviewers on the Wicked Reads Review Team were provided a free copy of 99% Faking It (Dating Dilemmas #2) by Chris Cannon to read and review.
Posted by Wicked Reads at 5:30 AM No comments: