I Hate You, Fuller James by Kelly Anne Blount

I hate you, Fuller James.

I hate your floppy hair and your lopsided grin and those laughing blue eyes that always seem to be laughing at me.

I hate that you’re the most popular guy in school and I’m still the girl who sneezed and spit out her retainer on someone at a middle school dance. It’s just such a cliché.

I hate that I’m being forced to tutor you in English and keep it a secret from everyone. Because otherwise it might put our basketball team’s chances at winning State in jeopardy, and even though I hate you, I love basketball.

I hate that it seems like you’re keeping a secret from me… and that the more time we spend together, the less I feel like I’m on solid ground. Because I’m starting to realize there’s so much more to you than meets the eye. Underneath it all, you’re real.

But what I hate most is that I really don’t hate you at all. 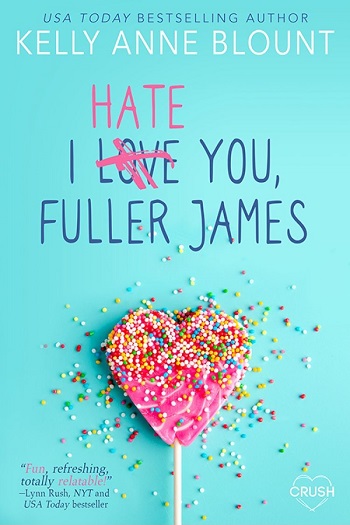 Shannan – ☆☆☆☆
This is a new-to-me author and I have to say I absolutely loved this read. I don't read a ton of young adult, but this one pulled me in from the first page.

We've all seen the this premise before – the nerdy girl forced to tutor the popular jock.

Wren is the overachiever of high school, assignments turned in early, going above and beyond for each class, and acing all her tests. She battles a lot of bullying from an incident in middle school earning her the nickname Wrentainer. Her best friend back then pushed her aside and became one of those mean girls, making people laugh at Wren's expense. When a food fight breaks out in the cafeteria, she's had enough and throws mashed potatoes, earning her a visit to the principal’s office. She either has to give up something she's been working really hard for or tutor cocky jock Fuller James.

Fuller James owns the school. He's the star of the basketball team. The popular kid everyone wants in their circle. He's done everything right except keep his grade up in AP Lit. The only way to play in the biggest game of the season is to get a tutor or sit on the bench. Knowing the scouts will be there to watch him, he'll do whatever it takes to be at that game, even if it means getting tutored by Wren and making the stupidest bet of his life.

I was invested from the beginning to the end. I mean, I knew how it was going to end, we've all seen a young adult movie on Netflix, but I still wanted to see it through. It was an entertaining young adult read.

KELLY ANNE BLOUNT is a USA Today bestselling author of young adult novels. When she’s not writing, she’s probably lost in a book, watching Twilight, snuggling her five furry rescues, or having an adventure with her handsome husband and their darling daughter. After living in a palace in Scotland, across from the Caribbean Sea, and in the snowy land of Wisconsin, Kelly and her family reside in beautiful Asheville, North Carolina. Kelly loves connecting with readers on social media! Stop by and say, “Hi!” or ask a question. 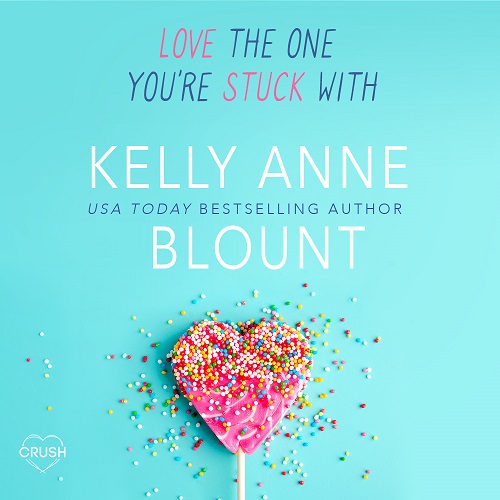 Reviewers on the Wicked Reads Review Team were provided a free copy of I Hate You, Fuller James by Kelly Anne Blount to read and review.
Posted by Wicked Reads at 4:00 AM No comments: