Three years after running from Thornwood, Colorado, to join the Army, Daniel Messana is no closer to figuring out who he is or what he wants out of life. Now that he’s home, his constant companions are loneliness, PTSD, and guilt over the way he mistreated one of his brothers and abandoned the other.

Franklin Cooper, or Coop, enlisted at eighteen and loved every minute he spent in the Army—until an IED in Afghanistan took his sight. Now he’s home and, with his service dog by his side, ready to regain his independence. The trouble is no one will let him do anything for himself. He’s drowning beneath his family’s oppressive love, and his only respite is the time he’s allowed to spend at the on-base pizza place once a week. That’s where he meets Daniel, and those afternoons become even more special. But both men have a lot to work through before they can take the next step together.

A Companion to the Robbie & Sam Series 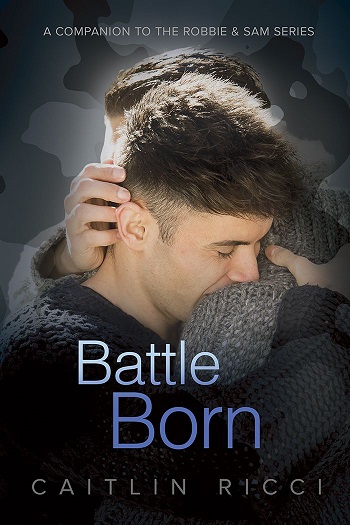 This was the second story that I’ve read in this series. While I really liked the first one, this was somewhat disappointing.

Daniel has just returned from the Army and while he has learned a lot about the world outside of him and his father, I felt that he was still so immature in his view. I did like that he was able to grow more about his family, but also felt that it was very limited in how he was forgiven and how he was able to grow within his role as the big brother. I didn’t feel that he really embraced that again.

Then you have Coop. He’s learning that despite his injury, he still can be independent. I like that he was able to show Daniel that being gay wasn’t a bad thing, but I also thought Coop’s view of the situation between Daniel and his family was juvenile – there was really no depth to his understanding.

I like how Daniel was Coop’s champion – he wanted Coop to be independent, all while knowing that Coop will always need help with some things. I did think that their relationship was very “insta” and that bothered me some too.

I think, in the end, there was so much potential in this story and I just didn’t feel that it developed that way. Also, the ending seemed incredibly abrupt. 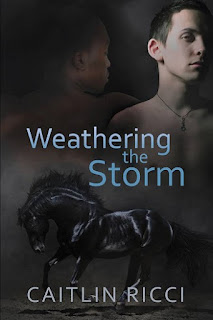 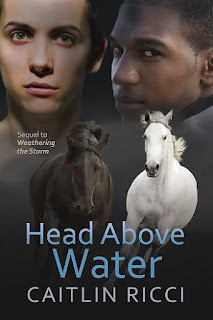 For reviews & more info, check out our Head Above Water post.

Reviewers on the Wicked Reads Review Team were provided a free copy of Battle Born (Robbie & Sam #3) by Caitlin Ricci to read and review.
Posted by Wicked Reads at 11:00 AM