The Glass Queen by Gena Showalter

Once Upon a Time meets Game of Thrones in book two of New York Times bestselling author Gena Showalter’s magical, romantic dark fantasy series, in which the fairy tales we know and love are prophecies of the future. Welcome to the Forest of Good and Evil, where villains may be heroes and heroes may be villains… it all depends on who you ask.

Ashleigh Ansklelisa may be called the Glass Princess due to her weak heart, but Saxon, king of the Avian, knows she is more dangerous than broken glass, in this Cinderella retelling that sweeps readers into the magical land of Enchantia, filled with treacherous enemies, unexpected allies, forbidden love, and dangerous magic! Can destined lovers find their way to each other, or will evil win the day? Everything changes at the stroke of midnight as one determined princess fights for her legacy, her love, and the crown that is her destiny. 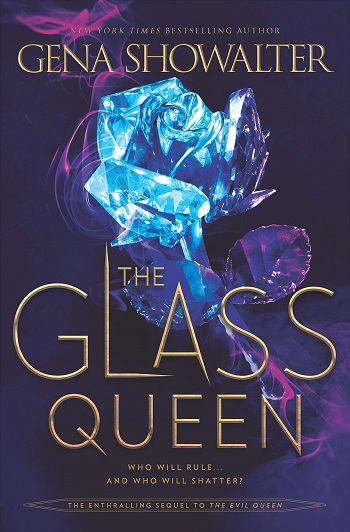 Shelby – ☆☆☆☆☆
The Glass Queen is the second book in the series The Forest of Good and Evil and can be read as a standalone with no issues. This was my first book in the fairy tale retelling series by Gena Showalter, and I'm pretty sure I'm going to grab The Evil Queen (book #1).

I was expecting a paranormally themed Cinderella. I didn't have high expectations as many Cinderella retellings have been disappointing, but this was an awesome departure from the norm! The Little Cinder Girl can be linked to anyone in the world of Enchantia. A world where trolls, shape shifters, witches & warlocks, dragons, mages, and everything in between lives. Magic is the norm, and oracles are sought after. As such, each kingdom has its own royal family and it just so happens that Ashleigh's father is the King of The Provence of Fleur. One would think this would make her a powerful princess; unfortunately, that title holds no power to the sickly, weak girl. A father who hates her, no friend outside of her mother, how is this girl supposed to survive?

Prince Saxon Skylair of the Avian Mountains hasn't had an easy life; exiled from his home at an early age, he was taken in by friends to make a life. Knowing his place in the family, he needs to prove himself to take his rightful place.

These are just simple summaries of the main characters, and in no way truly convey all that is going on. Enemies to the core, only one knows why. I loved the twists and turns, the constant questioning of the prophecies. I loved the way everything came together; I even loved the cheesiness as I am expecting it from a young adult novel. Above all, I want to read about the next retelling as I liked these characters!

Gena Showalter is the New York Times and USA Today bestselling author of over seventy books, including the acclaimed Lords of the Underworld series, the Gods of War series, the White Rabbit Chronicles, and the Forest of Good and Evil series. She writes sizzling paranormal romance, heartwarming contemporary romance, and unputdownable young adult novels, and lives in Oklahoma City with her family and menagerie of dogs. 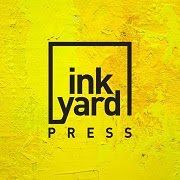 Reviewers on the Wicked Reads Review Team were provided a free copy of The Glass Queen (The Forest of Good and Evil #2) by Gena Showalter to read and review.

Posted by Wicked Reads at 5:59 AM No comments: