Maddie is beyond done with her cousin Genesis’s entitled and shallow entourage. Genesis is so over Miami’s predictable social scene with its velvet ropes, petty power plays, and backstabbing boyfriends.

While Maddie craves family time for spring break, Genesis seeks novelty—like a last-minute getaway to an untouched beach in Colombia. And when Genesis wants something, it happens.

But paradise has its price. Dragged from their tents under the cover of dark, Genesis, Maddie, and their friends are kidnapped and held for ransom deep inside the jungle—with no diva left behind. It all feels so random to everyone except Genesis. She knows they were targeted for a reason. And that reason is her.

Now, as the hours count down, only one thing’s for certain: If the Miami hostages can’t thwart their captors’ plan, no one will make it out alive.

Tapping into our darkest fears while exploring issues of injustice, loss, and the courage to fight for what matters most, this thrilling read is perfect for fans of Nova Ren Suma, Becca Fitzpatrick, and Jennifer L. Armentrout. 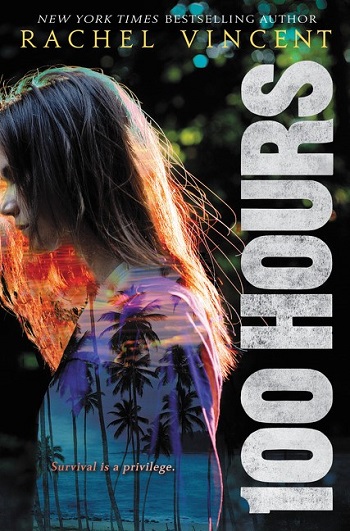 Veronica – ☆☆☆☆☆
Instead of going to the Bahamas for spring break, Genesis has dragged her boyfriend, best friends, and her cousins to Colombia instead. Whatever Genesis says, her friends do.

The story starts in the now, with cousins Genesis and Maddie being chased. We get just a tiny snippet, enough to know that their time in Colombia isn't going to go as planned. The story then goes back 100 hours and continues to count down until eventually we catch up to the present.

100 Hours had a slow start. It felt like a set up for a horror movie as we got to know this group of entitled, self-absorbed American teenagers as they party and use their money to get whatever they want. They weren't the most likable bunch of people and I nearly gave up reading. Thankfully my husband encouraged me to stick with it and I'm glad I did. This is a story that got better and better the more I read and, by half way through, the slow start and my annoyance at the spoiled little rich kids was gone.

The change came for me when the inevitable disaster struck. Their hike through the jungle to see ancient ruins goes disastrously wrong when they are kidnapped and held for ransom. From that point the party stops as our group, which has grown to include a few extra people met while partying, fights for survival. But infighting, lovers’ spats, and general mistrust make it harder to work together. At the start of the book I wanted to slap these spoiled brats, but by the end I was rooting for them to get away from the bad guys.

There is lots of action and the tension ramps up the closer we get to the present and learn more about what the kidnappers’ plans are. By the time the book finished, my heart was racing and I was feeling invigorated and desperate for more. A fantastic ending. What happens now? I can't wait to find out!

Recommended for ages 15 and up.

RACHEL VINCENT is the New York Times bestselling author of several series for teens and adults, including Shifters, the Stars Never Rise, and Menagerie, and remains fascinated by writing about the things that scare her. She is a former English teacher and shares her home in Oklahoma with two cats, two teenagers, and her husband, who’s been her number one fan from the start. 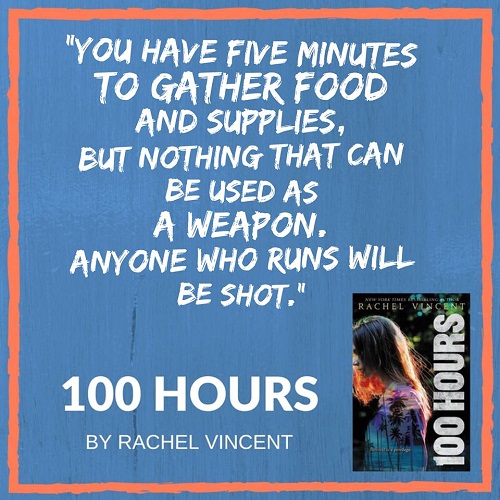 Reviewers on the Wicked Reads Review Team were provided a free copy of 100 Hours (100 Hours #1) by Rachel Vincent to read and review.
Posted by Wicked Reads at 10:30 AM