Ninety-two days. That’s all that’s left. Just ninety-two days and Ruth Robinson, calculus genius, will stand with her arms raised in a triumphant V as the valedictorian of Roosevelt High. With her early admit to Princeton’s Neuroscience program burning a hole in her pocket, Ruth can hardly wait to show her fellow teenage troglodytes that while she didn’t have followers, friends, or “times” in basements, she was the one ending up on top. All she needs to do is white knuckle her way through this waiting place last semester and then, finally, she’ll be on her way.

Except, the first day back from winter break, Porter Creed shows up. Porter is a special education transfer–Affective Needs. And just like all the other desk flippers and chair throwers in the affective needs classroom, Porter has some major emotional problems. But when Porter strolls onto Ruth’s home turf, Advanced Calculus, and disrupts her axis by being both gorgeous and the only person better at math than her–Ruth begins to realize that maybe life is what happens to you when you’re busy making other plans. 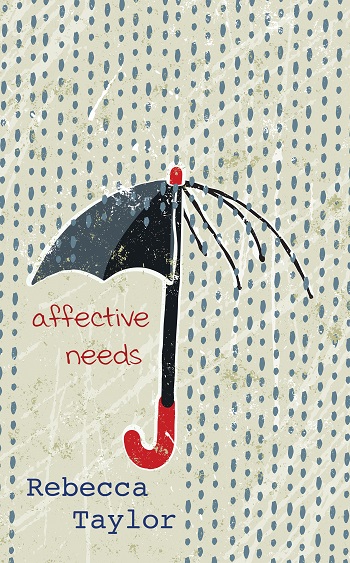 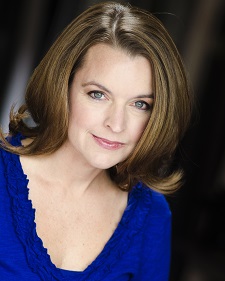 Rebecca Taylor is the indie author of Ascendant, winner of the 2014 Colorado Book Award and a Library Journal National Self-e Select title; Midheaven; The Exquisite and Immaculate Grace of Carmen Espinoza, and her latest release, and RWA RITA Finalist, Affective Needs.

She lives with her husband, two children, three dogs, and two tortoises in Denver, Colorado. She loves to travel and spends probably too much time on the interwebs planning trips. When she’s not planted in front of her keyboard, she likes to watch movies on Netflix, camp, read, do jigsaw puzzles, hike, drink tea, snow ski, swim in the ocean, watch people, eat peanut butter, run miles to nowhere on a treadmill, troll bookstores, stare into the abyss, and worry that she should probably be writing instead.

The Distance from A to Z
by Natalie Blitt

Seventeen-year-old Abby has only one goal for her summer: to make sure she is fluent in French—well, that, and to get as far away from baseball and her Cubs-obsessed family as possible. A summer of culture and language, with no sports in sight.

That turns out to be impossible, though, because her French partner is the exact kind of boy she was hoping to avoid. Eight weeks. 120 hours of class. 80 hours of conversation practice with someone who seems to wear baseball caps and jerseys every day.

But Zeke in French is a different person than Zeke in English. And Abby can’t help but fall for him, hard. As Abby begins to suspect that Zeke is hiding something, she has to decide if bridging the gap between who she is and who he is is worth the risk. 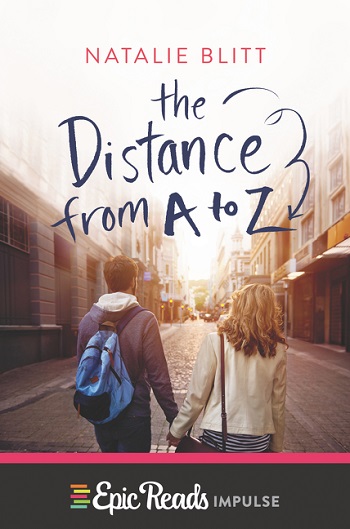 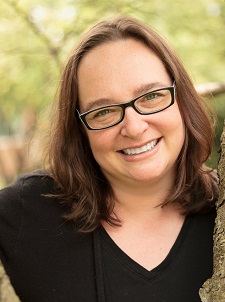 Originally from Canada, Natalie Blitt now lives in the Chicago area with her husband and three sons, where she dreams up young adult novels. Natalie currently works at an education think tank. She knows a lot about baseball. She has no choice.

The Problem with Forever
by Jennifer L. Armentrout

Growing up, Mallory Dodge learned that the best way to survive was to say nothing. And even though it’s been four years since her nightmare ended, she’s beginning to worry that the fear that holds her back will last a lifetime. Now, after years of homeschooling, Mallory must face a new milestone—spending her senior year at a public high school. But she never imagined she’d run into Rider Stark, the friend and protector she hasn’t seen since childhood, on her very first day.

It doesn’t take long for Mallory to realize that the connection she shared with Rider never really faded. Yet soon it becomes apparent that she’s not the only one grappling with lingering scars from the past. And as she watches Rider’s life spiral out of control, Mallory must make a choice between staying silent and speaking out—for the people she loves, the life she wants and the truths that need to be heard. 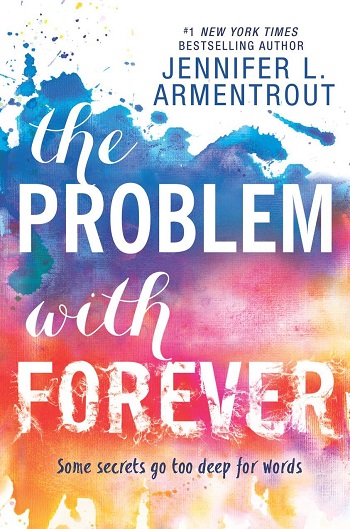 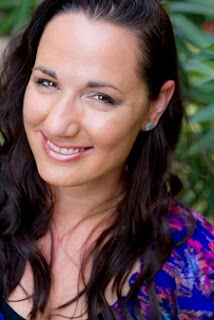 #1 New York Times and International Bestselling author Jennifer lives in Martinsburg, West Virginia. All the rumors you’ve heard about her state aren’t true. When she’s not hard at work writing, she spends her time reading, watching really bad zombie movies, pretending to write, and hanging out with her husband and her Jack Russell Loki.

Her dreams of becoming an author started in algebra class, where she spent most of her time writing short stories… which explains her dismal grades in math. Jennifer writes young adult paranormal, science fiction, fantasy, and contemporary romance. She is published with Spencer Hill Press, Entangled Teen and Brazen, Disney/Hyperion and Harlequin Teen. Her book Obsidian has been optioned for a major motion picture and her Wicked Series has been optioned by PassionFlix. Jennifer has won numerous awards, including the 2013 Reviewers Choice Award for Wait for You, the 2015 Editor’s Pick for Fall with Me, and the 2014/2015 Moerser-Jugendbuch- Jury award for Obsidian. Her young adult romantic suspense novel Don’t Look Back was a 2014 nominated Best in Young Adult Fiction by YALSA. Her adult romantic suspense novel Till Death was an Amazon Editor’s Pick and iBook Book of the Month. Her young adult contemporary The Problem with Forever is a 2017 RITA Award nominee.

She also writes Adult and New Adult contemporary and paranormal romance under the name J. Lynn. She is published by Entangled Brazen and HarperCollins.

Summer of Supernovas
by Darcy Woods

Fans of Jennifer E. Smith and Jenny Han will fall in love with this heartfelt and humor-laced debut following one zodiac-obsessed teen as she struggles to find the guy of her cosmic dreams.

As the daughter of an expert astrologer, Wilamena Carlisle knows that truth lies within the stars. So when she discovers a planetary alignment that won’t repeat for a decade, she’s forced to tackle her greatest astrological fear: The Fifth House—relationships and love. But Wil must decide whether to trust her heart or her chart when she falls for a sensitive guitar player whose zodiac sign points to cosmic disaster.

If Wil’s fate is truly written in the stars, then this summer is about to go supernova… 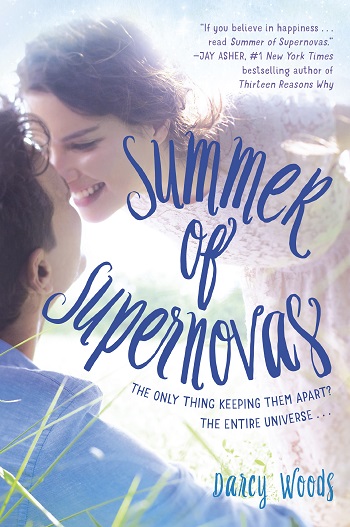 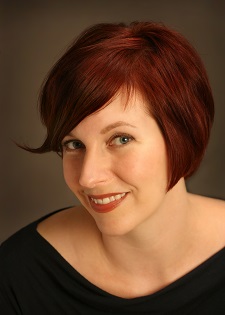 Darcy Woods has held an eclectic mix of professions—from refueling helicopters for the US Army to recharging bodies and spirits at a spa—but her most beloved career is being an author. She is a happily-ever-after addict and finds all things metaphysical endlessly fascinating. She lives in Michigan with her husband and cat. The Golden Heart® award–winning Summer of Supernovas is her first novel.

What is the RITA Award? 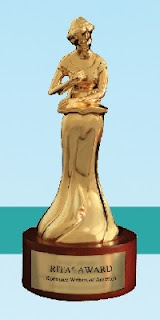 The purpose of the RITA award is to promote excellence in the romance genre by recognizing outstanding published romance novels and novellas.

The award itself is a golden statuette named after RWA's first president, Rita Clay Estrada, and has become the symbol for excellence in published romance fiction.

The RITA Award Ceremony will be held July 27, 7 p.m. at the Walt Disney World Dolphin Resort during the Romance Writers of America National Conference.

Readers can follow RWA on the following social media platforms for winner announcements.