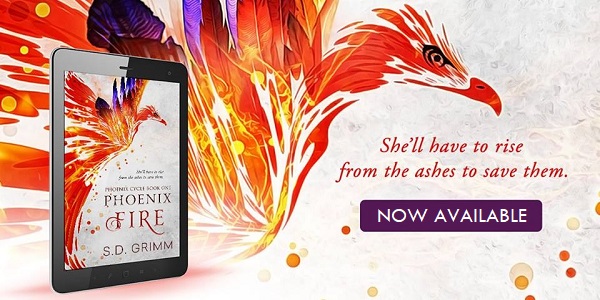 After spending her life in foster care, Ava has finally found home. But all it takes is a chance encounter with hot nerd Wyatt Wilcox for it to unravel.

Now, things are starting to change. First, the flashes of memories slowly creeping in. Memories of other lives, lives that Wyatt is somehow in. Then, the healing. Any cut? Gone.

But when Cade and Nick show up, claiming to be her brothers, things get even weirder. They tell her she’s a Phoenix, sent to protect the world from monsters—monsters she never knew existed. It’s a little hard to accept. Especially when they tell her she has to end the life of a Phoenix turned rogue, or Cade will die.

With Wyatt’s increasingly suspicious behavior, Ava’s determined to figure out what he’s hiding. Unless she can discover Wyatt’s secret in time and complete her Phoenix training, she’ll lose the life, love, and family she never thought she could have. 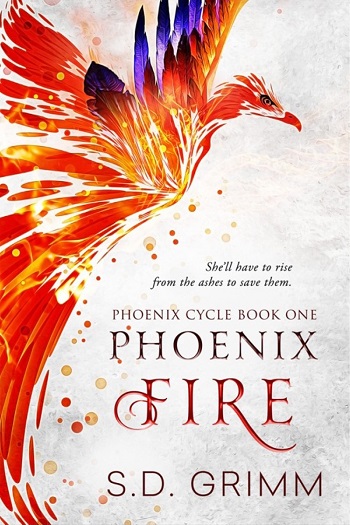 Jacki – ☆☆☆☆
I originally grabbed this one up just because of the name and I'm glad I did.

Despite a slow start, I did eventually get dragged into this one and didn't put it down until I finished. The concept of phoenixes was quite intriguing and different, so it definitely interested me.

Ava, Cade, and Nick are Phoenix siblings, eternally fighting through time to save their race. The catch, they come back as children and have to grow into their teens before remembering anything, even each other. Each life has become more precious as their enemies gain in strength and none know just how long they have or if they can defeat them.

Overall, this was an interesting read. I am looking forward to future books and seeing where the author takes this. It has great potential for sure. I would recommend it to those interested in lighter fantasy like myself.

S. D. Grimm’s first love in writing is young adult fantasy and science fiction. She is represented by Julie Gwinn of the Seymour Agency and author of Scarlet Moon. She currently has four books under contract, including the remainder of her YA fantasy series Children of the Blood Moon. When she’s not writing or editing, Sarah enjoys reading (of course!), practicing kickboxing and Brazilian jiu jitsu, training dogs, and binge-watching shows with great characters. Her office is anywhere she can curl up with her laptop and at least one large-sized dog.

Reviewers on the Wicked Reads Review Team were provided a free copy of Phoenix Fire (Phoenix Cycle #1) by S.D. Grimm to read and review.
Posted by Wicked Reads at 6:59 AM