You’ll make it out of here, Brian. I swear.

I had everything. I was school quarterback, popular with girls, and my dad was proud of me. I told myself it didn’t matter no one knew the real me. And then I nearly died. Landon saved my life. He’s the bravest guy I know. He came out a few years ago, proud and fierce, and he ran into gunfire to help others. Me, I’m a mess. Can’t even stand to be in a room with the curtains open. But here’s the thing about losing it all: You get a chance to start over and be someone new, someone true. Only how can I move on when the two shooters who attacked our school were never caught? And why do I feel like I’m still in the crosshairs?

Will you kiss me?

When I came across Brian Marshall, the hottest guy in school, dying on the cafeteria floor, I did what anyone would do. I tried to save him. His request surprised me, but I figured he needed comfort, so I kissed him on the forehead. When he survived and came back to school, he was broken in body and mind. He still needed me, and soon we were unlikely besties. But what I witnessed that day woke me up. I want to demand action on gun control, lead protests, raise my fist. I’ll tear the world down if I have to. And if I can get the boy of my dreams and save the world at the same time? I’ll take it. Only I didn’t understand that the horror at Jefferson Waller High wasn’t over. 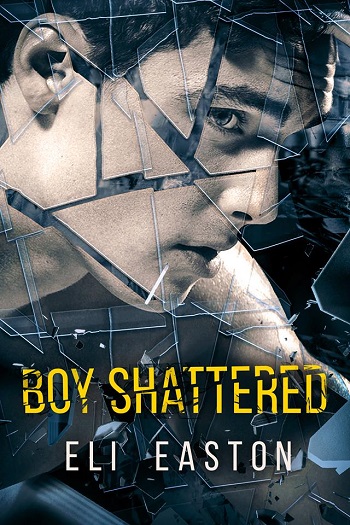 Erica – ☆☆☆☆☆
On the surface, Boy Shattered is a poignant novel from the perspective of two young men who survived a school shooting. However, it's also a coming-of-age tale as the wounded one finds his voice to come out and be who he always was. This story of survival is filled with grief, a strong sense of empowerment, as well as a mystery to solve, since the shooters were never caught.

Brian is the golden boy of the school, even if he's only in the eleventh grade. The popular jock who is at the top of every sport. The boy with all the right friends. The pretty boy with the baby face, who has girls swooning at his feet and boys filled with envy. But he's reserved – a kid who is more likely to feel a connection with one or two friends, not the slew that follows him around school. But he's also gay and in the closet due to fear over his reputation and his father's political and religious views.

Landon is out and proud, with a larger than life voice. He takes no prisoners, doesn't care if he's popular or not, and has a small, strong circle of trust surrounding him. He's the voice heard when others are silenced.

A school shooting is the focal point of the novel, shown in the perspective of both of the boys. It's the aftermath where they come together, using the strength of their character traits to survive in different ways.

I don't wish to spoil the novel. The connection is deep. The romance is sweet. The characterization is realistic. While Brian uses his sleuthing skills to survive the fear of knowing the shooters are still at large, Landon becomes an activist. Both paths so different but equally important, creating a balance that cements both their relationship and friendship.

Riveted to the pages, I read the novel in a single sitting. My recommendation is a trigger warning, as this is darker, emotional subject matter.

Young Adult age-range: 14+ due to realistic violence involving a school shooting, age-appropriate sexual situations, bullying, and the aftermath of a traumatic experience.


Sarah – ☆☆☆☆☆
Wow. This is a difficult, emotional read – but it is also a beautifully written story about two very ordinary teenagers forced to rebuild their realities after a horrific school shooting. The book is both timely and moving but never preachy.

Brian and Landon are both very special characters. The boys feel terribly, awfully real and it was impossible for me not to love them both. Brian’s trauma nearly destroys him, and it completely reshapes his world and his relationships. I love the unlikely connection between Brian and Landon. There is something innocent, sweet. and sexy about Brian and Landon together. I love that the author allows the boys to deal with life in all its ugly shades of grey. There are no easy answers for Brian and Landon and there aren’t any villains, heroes, or teachable moments in their story.

Almost all of the teen and adult characters in this book are wonderfully complex. I loved Landon’s friends and I’m guessing that many teen readers will find Brian’s relationship with his father familiar.

I’m not sure the book needed Brian’s amateur sleuthing or the drama at the end of the book. I honestly think the book is at its best when the author observes the small, intimate details of the boys’ experiences. 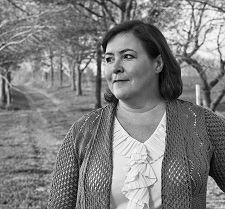 Having been, at various times and under different names, a minister’s daughter, a computer programmer, a game designer, the author of paranormal mysteries, a fan fiction writer, and organic farmer, Eli has been a m/m romance author since 2013. She has over 30 books published.

Eli has loved romance since her teens and she particularly admires writers who can combine literary merit, genuine humor, melting hotness, and eye-dabbing sweetness into one story. She promises to strive to achieve most of that most of the time. She currently lives on a farm in Pennsylvania with her husband, bulldogs, cows, a cat, and lots of groundhogs.

In romance, Eli is best known for her Christmas stories because she’s a total Christmas sap. These include Blame it on the Mistletoe, Unwrapping Hank and Merry Christmas, Mr. Miggles. Her Howl at the Moon series of paranormal romances featuring the town of Mad Creek and its dog shifters has been popular with readers. And her series of Amish-themed romances, Men of Lancaster County, has won genre awards.

In 2018 Eli hopes to do more of the same, assuming they reschedule the apocalypse. 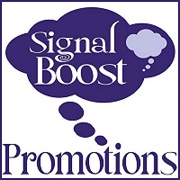 Reviewers on the Wicked Reads Review Team were provided a free copy of Boy Shattered by Eli Easton to read and review for this tour.
Posted by Wicked Reads at 10:59 AM