At Mythos Academy, everyone knows exactly who I am: Rory Forseti, Spartan girl and the daughter of Reapers.

Even though I fought alongside my cousin Gwen Frost to save the mythological world from Loki and his evil Reapers of Chaos, I’m still the most hated girl at the academy because of all the horrible things my parents did. I had hoped that this school year would be different, but the other kids just won’t let me forget about my parents.

But something strange is going on at the Colorado academy. First, I run into a Viking guy who dislikes me more than most. Then I notice some odd artifacts in the Library of Antiquities. And worst of all, I start hearing rumors about a new group of Reapers who can summon mythological monsters.

I might be the most hated girl at Mythos Academy, but I’m also the only one who can save it... 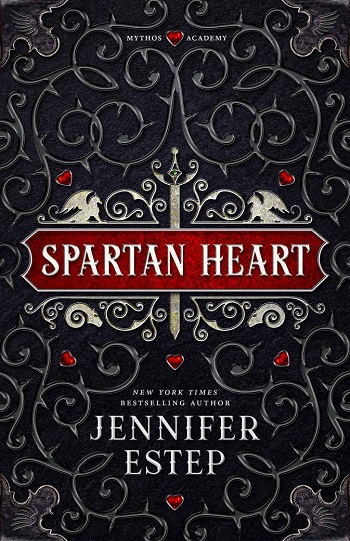 Sarah – ☆☆☆☆
The mythological warriors in the Mythos Academy stories offer a welcome reprieve from the myriad of Urban Fantasy vampire and werewolf stories. A spinoff from the original Mythos Academy books, Gwen’s cousin Rory begins this first Colorado book as a grieving social outcast before finding her place and growing into her potential.

I have to admit that Rory grew on me. She’s a little bit wet and a little bit maudlin at the start of the book. Self-pity doesn’t look good on anyone and Rory is wallowing at the beginning of her story. But as Rory’s confidence grows, she quickly becomes more interesting and more likeable. I like the team around Rory and I look forward to watching the characters and relationships grow as the series progresses.

This is good young adult urban fantasy writing. The genre tropes are pretty familiar and there isn’t anything particularly remarkable about the story, but it is well written. I love Jennifer Estep’s adult writing and while this lacks the complexity of her mind blowing Kill the Queen, this is still decent quality young adult storytelling with a strong female lead.

My one issue with this book is with Rory’s Aunt Rachel. At the start of the story, Rachel is 27 and Rory’s new caregiver. She’s described as more of a big sister than a parent. Which makes sense considering the ten-year age gap. However, through the rest of the book she comes across as a maternal matron who chaperones school dances and prepares healthy balanced meals. It doesn’t work for me. Aunt Rachel is supposed to be younger than Taylor Swift. She’s the same age as Selina Gomez. The domestic maternal thing really, really doesn’t work.


Erica – ☆☆☆☆
Spartan Heart is the first in the Mythos Academy: Colorado series. However, it is a spinoff of the Mythos Academy series. While it's possible to read as new, I do believe that it would cause massive confusion, as events that happened in the previous series were mentioned almost on every page.

I would not call this the debut in a brand-new series, as a new series to me means the reader can just pick it up, with no backstory ever told elsewhere. This is a continuation, set in another campus of the Mythos Academy. I suggest reading from Touch of Frost onward.

Having read Touch of Frost almost eight years ago, I was rusty on what had happened, but Estep does a good job on jarring memories without doing too much info-dumpage. Gwen's cousin is the narrator, Rory, who lost her parents, discovering they were Reapers.

Rory is carrying a ton of guilt, even if she helped the good side win a battle in the never-ending war against the Reapers in the previous series. She has to face her peers on the first day of school, when no one trusts her. Not only has she lost her parents, her faith in her abilities to accurately judge a person's character, but she has no one on the planet on her side, worrying about her welfare, except for her aunt.

Spartan Heart was nothing but endless fast-paced action, from page to page, with a bit of everyday life thrown in, but mostly it gave a rundown on what happened in the previous series and how it connected into the current situation.

Reapers are stealing artifacts, and Rory gets caught up in the action.

Rory has a reluctant love interest, where I am beyond thankful there isn't even a hint of insta-love. However, the enemy’s banter was a bit forced, as it also felt irrational. If anything, Ian would have seen Rory as a kindred spirit, not hated her on sight. So the romance angle simply felt forced to me.

While I do believe young adults will find the novel beyond exciting, I will admit that I believe I'm not the target audience anymore. Had I read this almost a decade ago, when I first read Touch of Frost, I would have been captivated, but today I'm a different sort of reader. This doesn't invalidate the novel, just that it wasn't exactly my cup of tea anymore.

There was a bit too much going on at all times for me to truly relax and fall into the story. Like Rory didn't even get to catch her breath before she was being attacked by more mythological beasties. One battle would be over, yet another would start three pages later, in an endless loop, feeling redundant after several battles. As this was book one, I knew Rory would come out on the surviving end, so that took away from some of the heart-stopping action.

Recommended to fans of the author. New readers, I strongly suggest against reading this without reading the original series first. 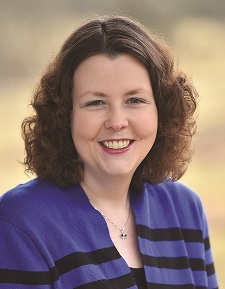 JENNIFER ESTEP is a New York Times, USA Today, and international bestselling author, prowling the streets of her imagination in search of her next fantasy idea. 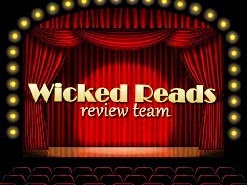 Sarah and Erica reviewed their personal copy of Spartan Heart (Mythos Academy: Colorado #1) by Jennifer Estep for this post.
Posted by Wicked Reads at 6:59 AM