The Morning Flower by Amanda Hocking

New York Times bestselling author Amanda Hocking returns to the magical world of the Trylle with The Morning Flower, the second book in the Omte Origins arc.

Welcome back to the kingdom of the Omte—a forest realm where secrets and danger, human nature and ancient mythology collide.

Where truth is stranger than fiction.

Searching for answers to her own shrouded origins, Ulla Tulin’s journey of exploration takes a sudden turn when Eliana is kidnapped. Turning toward the Omte capital instead of the institute where she hoped to learn the truth about her identity, Ulla must put Eliana’s welfare before her own—a sacrifice that will present all new dangers to them both.

When history is still unwritten.

Ulla never expected that once she arrived she’d discover the identity of a Skojare man who crossed paths with her mother—a man who could very well be her father. Given the man’s connections to the Älvolk, a secret society tasked with protecting the location of the First City, Ulla is soon dispatched to Sweden to find him.

One woman will dare to go wherever fate will take her…

Now Ulla, along with her maybe boyfriend Pan, finds herself on a desperate race against time to locate her kin—who could very well pose a danger to her kingdom. Nobody and nothing is as it seems as she penetrates the dark heart of the Älvolk… all the way to the secret Lost Bridge to the First City, where an unknown future awaits for Ulla and her kind. 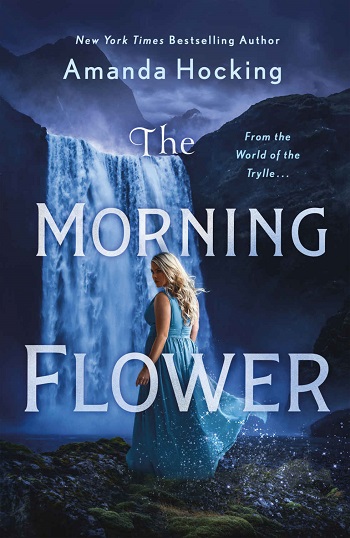 Jordan – ☆☆☆
After finishing The Lost City (The Omte Origins #1), I had hoped that maybe book two, The Morning Flower, would hold more appeal, but I ended up feeling just as disenchanted with the sequel as I was with the first book. I just didn’t care for it.

I really wanted to like this series and I hoped that I might find myself more enchanted with The Morning Flower, but that just wasn’t the case. The Morning Flower picks up shortly after the ending of The Lost City, with Ulla and Pan on the road to the Omte capital. Much like the first book, the second book seemed to just drag itself out without anything of real interest happening for the majority of the book and then the only interesting tidbits seemed to happen in the last 20% of the book, only for it to end with another cliffhanger. At this point, I don’t even feel the desire to read the final book in The Omte Origins trilogy. Unfortunately, I just couldn’t find myself interested enough in Ulla or even the spark of potential between her and Pan or any other potential love interest such as, Jem-kruk. I had hoped that I might feel more enamored with Hocking’s characters by the end of The Morning Flower, but that wasn’t the case.

All in all, three stars for The Morning Flower by Amanda Hocking.

AMANDA HOCKING is the author of over twenty young adult novels, including the New York Times bestselling Trylle Trilogy and Kanin Chronicles. Her love of pop culture and all things paranormal influence her writing. She spends her time in Minnesota, taking care of her menagerie of pets and working on her next book. 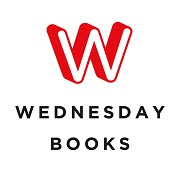 Reviewers on the Wicked Reads Review Team were provided a free copy of The Morning Flower (The Omte Origins #2) by Amanda Hocking to read and review.