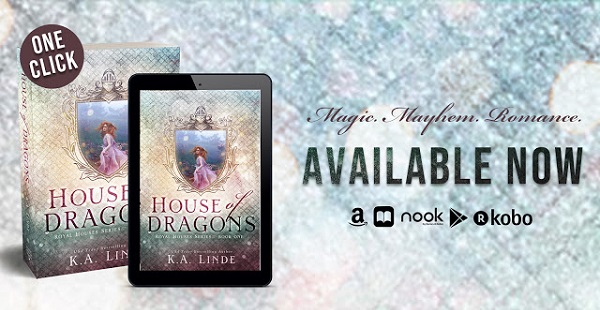 USA Today bestselling author K.A. Linde introduces the Royal Houses series with House of Dragons: the story of Kerrigan Argon, a half-Fae, half-human as she seeks her place in an unforgiving world filled with magic, mayhem, and romance. Perfect for fans of Sarah J. Maas, Holly Black, and V.E. Schwab.

Ten years ago, half-Fae, half human Kerrigan Argon was discreetly dropped off onto the steps of Draco Mountain with nothing but a note. Her life changes completely as she’s swept into the care of the House of Dragons—an elite training program for gifted Fae.

On the year of her seventeenth name day, each student will be chosen by one of the twelve tribes of Alandria to enter society.

Everyone is chosen, except Kerrigan.

So, she strikes a bargain with the Dragon Society: convince a tribe to select her or give up her birthright forever.

With the unlikeliest of allies—Fordham Ollivier, the cursed Fae prince, who escaped his dark throne—she has to chart her own destiny to reshape the world. 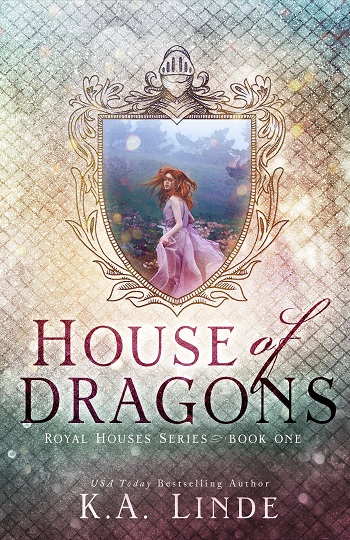 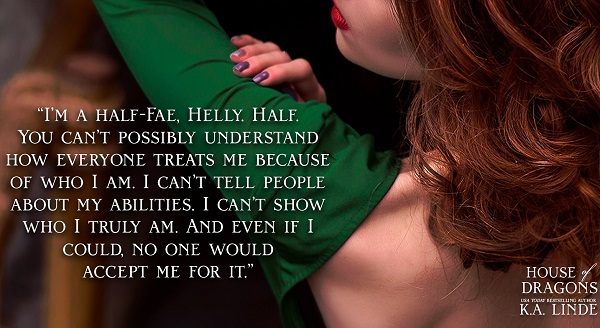 Dawn – ☆☆☆☆☆
I actually loved this book! There were so many ups and downs, it kept me intrigued all the way through.

I 100% had a girl crush on Kerrigan – she is the ultimate boss. Dealt with a rubbish hand from birth, she has found a way to make life work for her, even if that means hiding parts of herself away from others.

There was so much going on in this book, you just didn't know where the story was going to take you.

I will definitely be reading the next installment, I need to know what happens.


Erica – ☆☆☆☆
Word of advice, you should probably read the Ascension series prior to Royal Houses. House of Dragons is the debut in the Royal Houses series. I didn't find out until after I finished the novel that it is directly tied to another series, Ascension. Do I believe this affected my reading enjoyment? No. Do I believe you can read the two series independently of one another? Probably. I suffered no confusion, as the story unfolded as if it were new, without a ton of info-dumpage. As well, I feel as if there wasn't too much information given that it will ruin my reading experience for the Ascension series. However, I'll hold judgment on that until I read the previous series, though.

With a classic young adult epic fantasy vibe... Kerrigan has spent her entire life as a ward of the House of Dragons, after her royal father dumped her on their doorstep. Struggling with how the world views a halfling, half fae and half human, Kerrigan is seen as beneath the fae, equal with the humans. This has taught her another way to survive, given her tools her fellow fae haven't learned. Caught between two ways of life, Kerrigan is equipped to handle both worlds.

Strong, intelligent, and independent, Kerrigan is the rope in a tug-of-war, being pulled downward to join the humans, feeling a sense of loyalty to a dishonest man that saved her, while feeling a sense of duty and history with her father's people and the power that runs in her veins. All the while, she refuses to be put in her place by anyone around her, even if she feels abandoned by her father.

Hiding her powers, Kerrigan navigates the politics, the deception, and the rules of society as the royal houses converge for a tournament held every five years, the winners are rewarded with a bond with a dragon and entrance to the Society.

Intrigue, betrayals, mysteries, loyalty, love, loss, friendship, and honor, Kerrigan takes the reader on the beginning of an epic fantasy journey, where we're eager for the sequel as soon as we finish the last page. 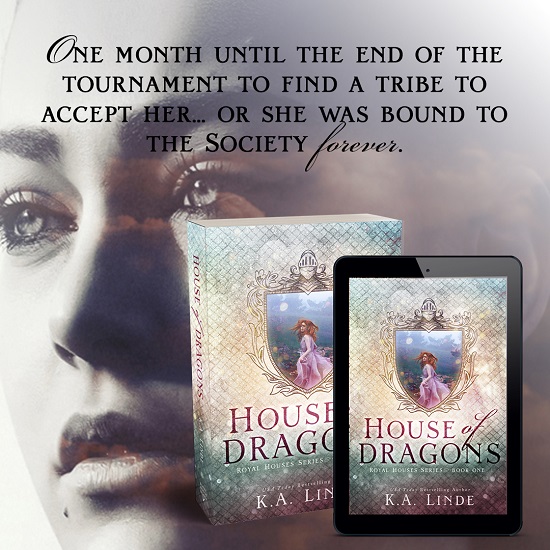 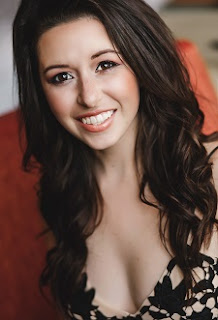 K.A. LINDE is the USA Today bestselling author of the Avoiding series, Wrights, and more than thirty other novels. She has a master’s degree in political science from the University of Georgia, was the head campaign worker for the 2012 presidential campaign at the University of North Carolina at Chapel Hill, and served as the head coach of the Duke University dance team. She loves reading fantasy novels, binge-watching Supernatural, traveling, and dancing in her spare time.

She currently lives in Lubbock, Texas, with her husband and two super-adorable puppies. 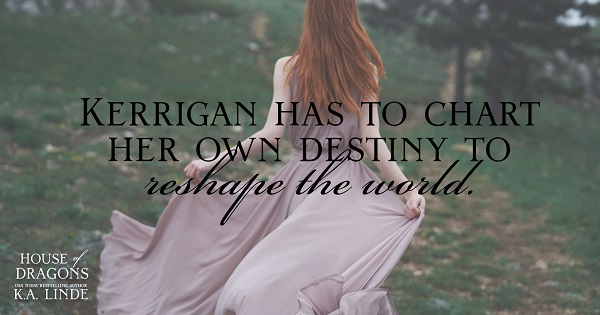 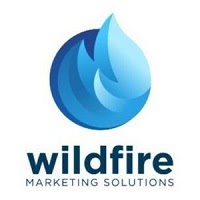 Reviewers on the Wicked Reads Review Team were provided a free copy of House of Dragons (Royal Houses #1) by K.A. Linde to read and review for this tour.