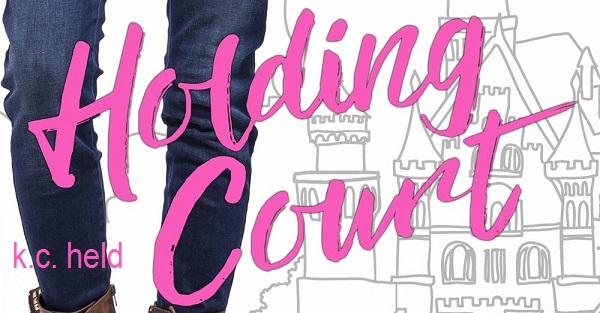 Sixteen-year-old Jules Verity knows exactly what's in store at her new job at castle-turned-dinner-theater Tudor Times. Some extra cash, wearing a fancy-pants dress, and plenty of time to secretly drool over the ever-so-tasty--and completely unavailable--Grayson Chandler. Except that it's not quite what she imagined.

For one, the costume Jules has to wear is awful. Then there's the dead body she finds that just kind of...well, disappears. Oh, and there's the small issue of Jules and her episodes of what her best friend calls "Psychic Tourette's Syndrome"--spontaneous and uncontrollable outbursts of seemingly absurd prophecies.

The only bright side? This whole dead body thing seems to have gotten Grayson's attention. Except that the more Jules investigates, the more she discovers that Grayson's interest might not be as courtly as she thought. In fact, it's starting to look suspicious... 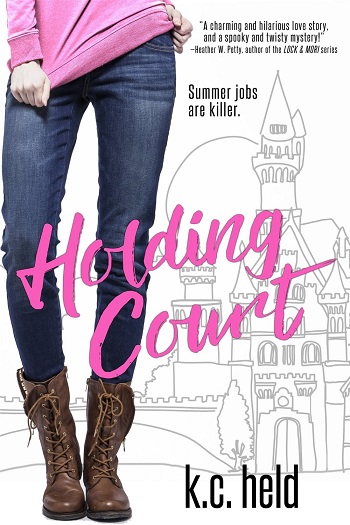 Veronica – ☆☆☆☆
The women in Jules family have the gift of sight. For Jules this manifests with what she calls "psychic Tourette's syndrome." She randomly blurts out prophesies in the form of sentences that seem to make no sense. At least not at the time.

When Jules lands a job playing a psychic at a local castle, she stumbles across a dead body while trying to hide from her childhood crush. The dead body promptly goes missing and the mystery begins.

This story is a fun, quirky, teenage mystery with a little romance thrown in. Lunewood Castle is a great setting with its secret passageways, pretty costumes, dinner theatre and array of interesting employees.

I loved the way this story is written. There is lots of conversation and action, there is always something going on. I had a blast reading Holding Court. It is a great G-rated read for teens and adults alike.

K.C. Held was born and raised in California with stopovers in Honduras, Mexico, and France. Married to her high school sweetheart, and mom to two avid bookworms, she holds an MFA in costume design and has worked as a freelance costumer in opera, theater, film and television. K.C. is represented by Kathleen Rushall at Marsal Lyon Literary Agency. Her debut young adult novel, Holding Court, will be published by Entangled Teen on March 1, 2016.

Reviewers on the Wicked Reads Review Team were provided a free copy of Holding Court by K.C. Held to read and review.
Posted by Wicked Reads at 7:00 AM