Laura struggles to find the truth behind the rebellion that threatens her family’s rule as she fights to protect her country from a war that could destroy it.

Seventeen-year-old Laura White, princess of Karkonia, has been ordered to murder her older sister, Alicia.

The job should be easy enough. Laura hates Alicia for betraying their family and joining a rebellion set on usurping their father, the Emperor. Besides, Laura’s been killing at her father’s command since she was eleven.

But before Laura gets the chance to end her sister’s life, she is dragged into the mess of the rebellion by her bodyguard, Shane Kagae. As Laura and Shane uncover secrets that her father has been keeping for years, they realize that Alicia and the rebels may have been right about the Emperor all along. When their disloyalty comes to light, Laura is forced to choose between saving Shane’s life and remaining loyal to her father. She chooses Shane, and they flee the palace, Laura’s heart breaking with every step.

Will she return to her father’s side to lead the war or give up her crown forever to help the rebellion?

Reader Advisory: This book contains some scenes of violence. 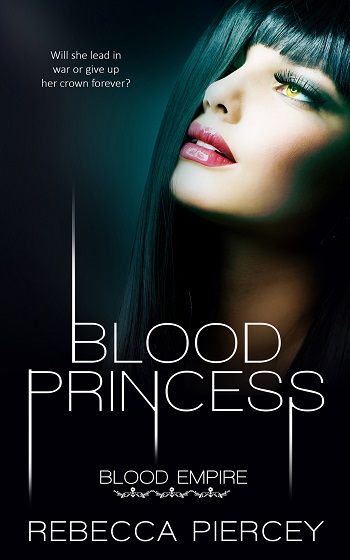 Jacki – ☆☆☆
I don't usually read much in this book's genre, but something in the blurb caught my attention and I grabbed it up. It did take me awhile to get into, but once I did the storyline read a lot more smoothly. It surprised me by having a few shocking moments even. I don't think there was a ton of depth, but there definitely was a ton of action and things going on. It seemed to take a long time to read this and yet, there really wasn't a whole lot to take in. I will be waiting for the next book, because I do want to know what happens next. Overall, an okay young adult book.

Rebecca Piercey is an author of Young Adult Fantasy and Sci-Fi novels. She grew up in Louisville, Kentucky, where she spent most of her childhood chasing butterflies during t-ball games and reading tons of books.

Now, still an avid reader, Rebecca attends the University of Louisville where she studies Fine Art and Creative Writing.

Reviewers on the Wicked Reads Review Team were provided a free copy of Blood Princess (Blood Empire #1) by Rebecca Piercey to read and review.
Posted by Wicked Reads at 6:00 AM