Micah Johnson is living two separate lives. On the field he’s making a name for himself as a rookie with the AFL football team the Fremantle Dockers—at just eighteen. But when he steps off the field, Micah is a mess: confused, away from home for the first time, and feeling isolated from family and friends three thousand kilometres away. The foster family he’s staying with is nice, but Micah isn’t ready to open up to them about what he’s going through. Distracting himself with hookups and partying seems like a good idea until a friend’s life is changed by misfortune and Micah’s own health is threatened by his behavior. Micah knows he has to make a change, that he can’t do it alone, and that maybe there’s no shame in reaching out to others. 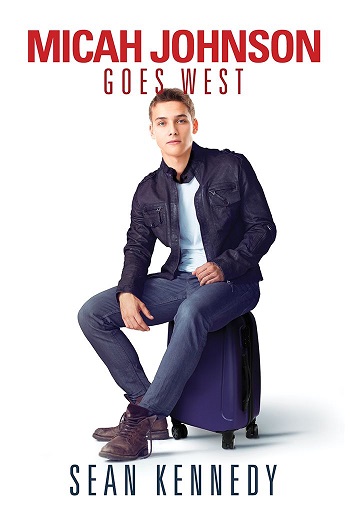 Sarah – ☆☆☆☆
Micah is finally working as a professional footballer! Living far from his friends and family, Micah is a little less abrasive than he’s been in the past but he’s still struggling with the whole adulting thing.

In Micah, Sean Kennedy has created a beautifully flawed and honestly human character who will resonate with teenage boys everywhere. I still don’t know whether I love or loathe Micah and in this story, my feelings for him changed from moment to moment. He’s alternately infuriating and completely loveable. He is impossibly arrogant and terribly insecure. His temper is a little more contained than it was a year ago but he is still terrible at relationships.

This is a pretty gritty look at Micah’s first year away from home. Micah’s introduction to life as a professional sportsman is a little less gilded and a little more realistic than he might have expected but he still manages to get himself into some frightening situations. While Micah is still pretty self-absorbed, part of his growth in this story involves Micah starting to demonstrate some empathy and insight into the people around him.

This is actually quite a slow story but Micah had my attention the whole way through. He is a fabulous antihero and I’m already looking forward to his next adventures.


Erica – ☆☆☆☆
As this is the second book in a spin-off series, I do not recommend reading as a standalone. Please read Tigers and Devils onward first.

Micah Johnson Goes West picked up where the previous book left off. Moving away from his home to Perth, Micah is a rookie for the AFL team, Fremantle Dockers. On the field, he's focused – tight – but off the field, he's a train wreck.

Without spoilers, or giving specific plot points away: Micah is more mature in this installment, after showing growth in the last book, but he has a lot of growing up to do. Homesick, feeling adrift without his mentor and ex, he feels isolated, yet it's his own need to close himself off to others that is fueling this emotion. It's in Micah's nature to lash out to keep others from hurting him first, but it makes dealing with him difficult for anyone who wants to get close to him.

To be honest, it was difficult to read Micah's spiral downward. I was muttering at my Kindle, wishing I could shake some sense into Micah, then give him a hug.

Micah is always getting in his own way – creating what he fears – and this leads him to make poor choices, devolve. But this is par for the course in a coming-of-age book, needing a catalyst for change. Without Declan, Micah has a new support system he comes to depend on, developing another set of side characters for the readers to connect with.

The pacing was a bit slow for me in places, but not enough for me to lose interest. However, I could see where this may become an issue for readers who are used to more 'exciting' reads. There isn't a bunch of bells and whistles with the plot, and low on romance. This is a coming-of-age journey as a young man finds himself, showing character development via interaction with others.


Also Available in the Get Out Series 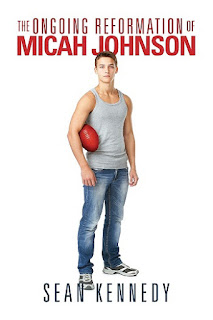 For reviews & more info, check out our The Ongoing Reformation of Micah Johnson post.

SEAN KENNEDY lives in Perth, Western Australia, but his heart still belongs to his hometown Melbourne—which is also the home of Simon Murray and Declan Tyler from his series Tigers and Devils. A disciple of cult leader David Lynch, Sean is breathlessly awaiting the revival of Twin Peaks in 2016.

Reviewers on the Wicked Reads Review Team were provided a free copy of Micah Johnson Goes West (Get Out #2) by Sean Kennedy to read and review.
Posted by Wicked Reads at 6:59 AM