Powerful and compelling, this high-stakes, feminist reimagining of Little Red Riding Hood is perfect for fans of Stephanie Garber and Meagan Spooner.

For as long as sixteen-year-old Adele can remember, the village of Oakvale has been surrounded by the dark wood—a forest filled with terrible monsters. A forest that light itself cannot penetrate.

Unlike her fellow villagers, Adele cannot avoid the dark wood.

Adele is one of a long line of guardians: women who secretly take on the form of a wolf, in order to protect their village.

But when accepting her fate means giving up the boy she loves, abandoning the future she imagined for herself, and breaking her own moral code, she must decide how far she is willing to go to keep her neighbors safe. 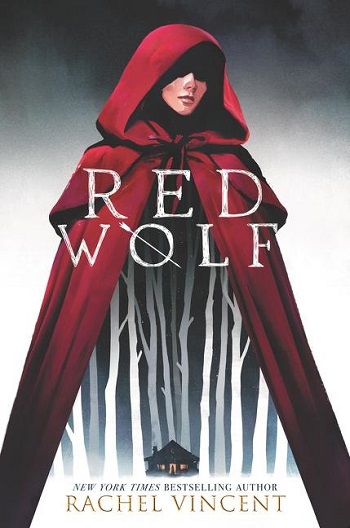 Erica – ☆☆☆☆
Red Wolf is a fantastical retelling of Little Red Riding Hood, from the imaginative mind of Rachel Vincent.

To be honest, I'm no fan of retellings, doesn't matter if it's my favorite tale. However, I am a major fan of Vincent's, so I couldn't pass up the opportunity to escape in the Little Red Riding Hood world as she sees it.

I'm also intrigued by the dark and mysterious air that wafts around stories featuring primitive villages, with their intriguing folklore to explain the inexplicable.

There truly is a strong likeness in the overall feel between Red Wolf and The Village, which is an amazing thing, as I enjoy rewatching the film over and over.

Read from cover to cover, a dark and ominous vibe causing the pages to turn at a rapid rate, I immersed myself in the tale Adele has to tell. Longing to create a life of her own, with the loss of her father, the grief ever hanging over her, Adele wishes to settle down with the boy of her dreams, surrounded by family.

Traipsing through the Dark Wood to visit her grandmother at her mother's behest, Adele is put to a test, one she didn't even realize she was taking, the twists and turns creating an intriguing read.

On the cusp of her birthday, Adele learns of a world she never knew existed, altering her plans for the future. She is now the protector of her village, keeping the villagers safe from the monsters in the Dark Wood. What she wants and desires no longer matters.

While Red Wolf is a retelling of the classic Little Red Riding Hood, there are few similarities, ensuring the story has a brand-new feel, allowing the reader to be surprised, to experience the unexpected.

Word of warning, Adele is sixteen, growing up in an isolated village, the story told with a young adult mindset. Some grown adults may find her personality immature or grating, as she has a know-it-all type personality and a stubborn streak a mile wide. Keep in mind, she is a child, even if in her world she would be considered an adult. Her upbringing and the age of the era influences her personality and how she views the world. Strong and capable, Adele is innocent, thrust into a world where werewolves and monsters exist. It was easy for me to be empathetic, understanding why Adele was making the decisions she was making, even if I didn't agree with them, because I have the advantage of looking at the situation as an adult who had access to an education and a wide world view. Adele is an isolated teen in a fairytale, who sometimes rubbed me the wrong way, but I appreciated the authenticity of it.

Is this a romance? No. While there is an undercurrent of romance influencing Adele's choices, the story itself is supported by the fantasy, whimsy, and folklore surrounding Oakvale and the Dark Wood.

While not a cliffhanger, the ending is rather abrupt, which is both satisfying as a standalone while leaving the door cracked open for a sequel.

Honestly, I was surprised in how much I enjoyed it. Not because Red Wolf is Rachel Vincent's creation, but because it was a retelling (not a fan) and I was thoroughly absorbed.

RACHEL VINCENT is the New York Times bestselling author of several pulse-pounding series for teens and adults. A former English teacher and a champion of the serial comma, Rachel has written more than twenty novels and remains convinced that writing about the things that scare her is the cheapest form of therapy. Rachel shares her home in Oklahoma with two cats, two teenagers, and her husband, who’s been her number one fan from the start. 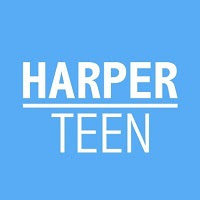 Reviewers on the Wicked Reads Review Team were provided a free copy of Red Wolf by Rachel Vincent to read and review.