An unlikely teenager starts a feminist revolution at a small-town Texan high school in the new novel from Jennifer Mathieu, author of The Truth About Alice.

Viv's mom was a tough-as-nails, punk rock Riot Grrrl in the '90s, and now Viv takes a page from her mother's past and creates a feminist zine that she distributes anonymously to her classmates. She's just blowing off steam, but other girls respond. As Viv forges friendships with other young women across the divides of cliques and popularity rankings, she realizes that what she has started is nothing short of a girl revolution.

Moxie is a book about high school life that will make you wanna riot! 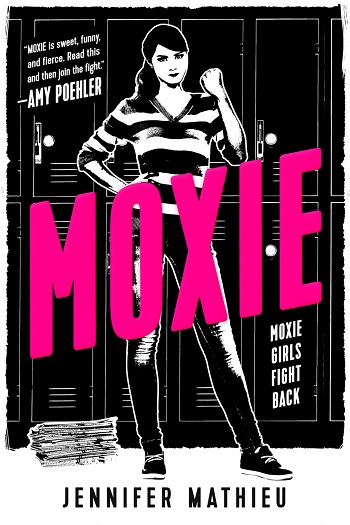 Moxie is for every female who has ever heard 'get back in the kitchen' '...is good for a girl' 'smile!' In the year 2017, society shouldn't feel it's acceptable to respond to emotion with 'triggered!' All girls are conditioned to worry about their appearance, placing their worth on whether or not they are pleasing to someone's eye. How many times have you heard, 'treat her as you would your own daughter/sister/mother?' when speaking to a male who doesn't get the concept of respect, as if our worth as women is tied solely to another human being, as if we're 'owned.' How about 'treat her as a human being?'

Moxie is for the boys who know better but still go along with the status quo, for those who speak up, and for those who find misogyny as a badge of honor, receiving all the benefits it offers.

I'm a 39-year-old feminist, raised in a rural town, with only 42 students in my high school graduating class. Moxie hit so close to home in so many ways, I was an emotional wreck while reading it. Sometimes the injustice felt is suffocating... and we always hear 'calm down.'

I applaud Jennifer Mathieu for writing a novel, with an unsure girl as the narrator, about a subject that is always in the news, yet simultaneously always swept under the carpet. Moxie is written with humor, yet it slowly devolves deeper into sexism, which evolves the reader in the passenger seat while girls experience injustice at the hands of their peers and those who should protect them.

I won't lie, I broke down bawling, almost a PTSD moment when the bra-snapping and groping occurred on the pages. When I was thirteen, my girlfriends tore my dress off my body in the middle of a packed cafeteria, taking me beneath the table as I tried to put myself to rights. Being in a school with seventh graders to seniors, where grown men groped me and I was a defenseless child (my 13-year-old boyfriend had to get his senior cousin to protect me, both humiliating to me and emasculating to him), where I had to speak to male teachers and nothing was ever resolved. Those events stick with a person for life, so why put our daughters and sisters through it now? The fact that this still happens 20+ years later, how we've yet to evolve, makes me sick.

We need to have a voice, not be divided and culled from the herd as we're pitted against one another to see who wins the prize. Women raise sons, teaching them how to treat other women, both by example and by how we allow other men to treat us. It starts with us, and we need to come together and uplift one another, not tear each other down, leaving us in a weakened state that is easy to be preyed upon.

I highly recommend Moxie to anyone between the ages of tween and 'cruising the funeral home,' but especially for those who are on the fence, arguing that feminism isn't needed because it's 2017 and we're all equal.

Jennifer Mathieu is the author of Devoted, Afterward, and The Truth About Alice, the winner of the Children's Choice Book Awards' Teen Choice Debut Author Award. She teaches high school English in Texas, where she lives in the Houston area with her husband and son. 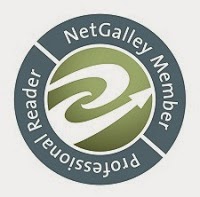 Reviewers on the Wicked Reads Review Team were provided a free copy of Moxie by Jennifer Mathieu to read and review.
Posted by Wicked Reads at 7:30 AM