Lucy’s twin sister, Margot, may be safely back with her—but all is not well in Plague-ravaged Dominion City. The Watchers have come out of hiding, spreading chaos and death throughout the city, and suddenly Lucy finds herself torn between three men with secrets of their own.

Betrayal is a cruel lesson, and the Fox sisters can hardly believe who is behind the plot against them. To survive this deadly game of politics, Lucy is forced to agree to a marriage of convenience. But DNA isn't the only thing they want from Lucy...or her sister.

As they say in Dominion, rogue genes can never have a happy ending... 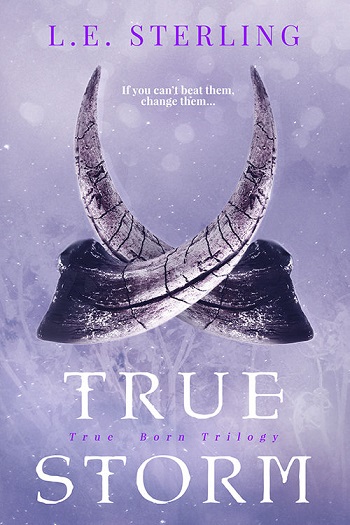 Veronica – ☆☆☆☆
True Storm is the final instalment in the True Born trilogy. It has been a year since I read book two, True North, so I was grateful the author gave us a little bit of a reminder as to what has happened so far.

Lucy's life takes many twists and turns in True Storm and there are some events that didn't surprise me, some that did, and one that I found a little uncomfortable even though it made sense to the story. Along with the action and political drama, Lucy now has more than one man interested in her, but Jared is still the focus of her romantic interest and there is plenty of ‘will they, won't they’ going on.

This is a story that felt like it started at a walking pace and slowly got faster and faster until the end was at a flat out run. The further I got into the story, the more engrossed I became, and I couldn't read it fast enough. Before I knew it, the time had hit midnight and it was well past my bedtime. But I couldn't put the book down and kept reading until I was finished.

The finale to this series answers our questions as it comes to a thrilling ending. True Storm is definitely my favourite book in the series. Partly due to the action and partly because I finally found out what was going on, which I found satisfying. The only thing True Storm lacked was an epilogue. Part of me hopes that means the author will write more books in this universe. I can only hope.

I was apprehensive to read True Storm. True Born was one of my favorites, however True North was a slight letdown. Perhaps it was my mood at the time. In fear True Storm wouldn't live up to my expectations, as well as having reader's block, I dragged my feet on reading this novel.

I read 20% of the book in one sitting, and the following 80% in a binge, even while being distracted.

The fast pace had me feverishly clicking to turn the pages to find out what was going to happen next. Angst. So much angst, which is something I adore. Angst connects me with the narrator, has the story resonating with me, and Sterling delivered.

Nonstop action, political maneuvering, and the angst of being in an untenable position. Lucy delivers answers to the secrets plaguing her, the gut-punch sensation of betrayal, the loyalty of family, and the uncertainty of love, all combined with dystopian world-building, slight mythology, and paranormal elements.

Some things never change: Margot is acting squirrelly, Storm is his usual alpha self, and Jared is doing the hot and cold routine of a boy who doesn't believe himself to be good enough for his princess.

I'd love to say there is a love triangle... quadrangle? But the reader is fully connected to Lucy's thought process, so outside of forced situations, we know where her heart lies. Me, the angst lover, wasn't too worried about the quadrangle, but it sure did have me clicking the pages to find out. Loved that bit.

The ending sets up a shift that hopefully occurs in the series, and I cannot wait to see what Sterling comes up with next. Highly recommend the series as a whole. I imagine being able to read all three books back-to-back would heighten the experience.

My only con of the series thus far, for conjoined twins, and with Lucy's ability to sense Margot, I never felt a real connection between the girls. From the start of book one onward, no matter what inner monologue there was from Lucy, I never felt as if Margot was as invested in Lucy as Lucy was in Margot. There's a disconnect from page one that never gets repaired, when conjoined twins should offer a stronger bond than normal familial ties. I didn't 'feel' as if the twins were as connected as regular siblings or that of Lucy with those around her, no matter what she may have been 'thinking' at the time.

Young Adult age-range: 14+ due to adult situations and violence. 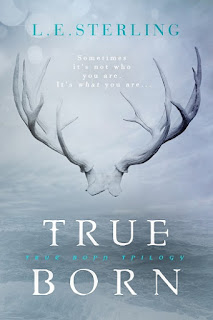 For reviews & more info, check out our True Born post. 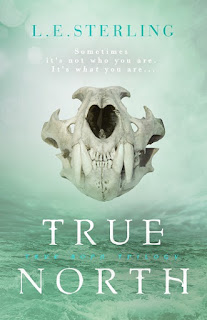 For reviews & more info, check out our True North post.

L.E. Sterling had an early obsession with sci-fi, fantasy and romance to which she remained faithful even through an M.A. in Creative Writing and a PhD in English Literature – where she completed a thesis on magical representation. She is the author of two previous novels, the cult hit Y/A novel The Originals (under pen name L.E. Vollick), dubbed “the Catcher in the Rye of a new generation” by one reviewer, and the urban fantasy Pluto’s Gate. Originally hailing from Parry Sound, Ontario, L.E. spent most of her summers roaming across Canada in a van with her father, a hippie musician, her brothers and an occasional stray mutt – inspiring her writing career. She currently lives in Toronto, Ontario. 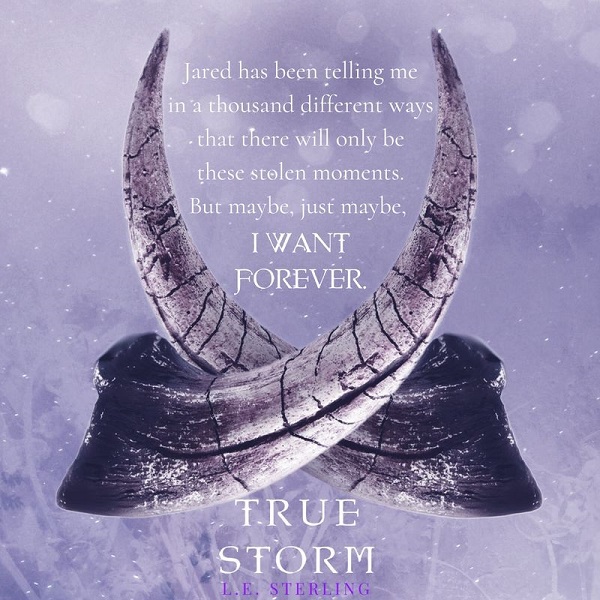 Reviewers on the Wicked Reads Review Team were provided a free copy of True Storm (True Born Trilogy #3) by L.E. Sterling to read and review.
Posted by Wicked Reads at 6:30 AM