The Crush Collision by Danielle Ellison

Haley Howell has had a hopeless crush on her brother’s best friend, Jake Lexington, for as long as she can remember. Too bad to him, she’ll forever be off-limits. But with senior year and acceptance to a college outside their tiny southern town of Culler, South Carolina, comes new confidence. Haley’s ready to get Jake to notice her—whatever it takes.

No one in Culler notices the real Jake anymore—to them, he’s nothing more than the star football player or the kid with the family tragedy. When one mistake lands him in mandatory community service, he’s shocked to find his best friend’s little sister there, too. Jake’s looking for an escape; Haley’s looking for a chance. Together, they’ll find exactly what they need... if only they’re willing to cross that line and risk it all.

Disclaimer: This Entangled Teen Crush book contains underage drinking, language, and a drool-worthy football player who puts Tim Riggins to shame. It will make you cry, sigh, and yearn for your own Friday Night Lights. 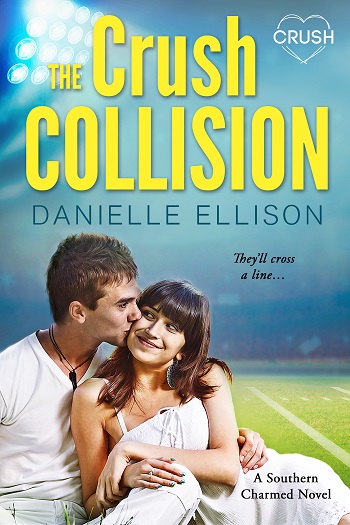 The Crush Collision is the second installment of the Southern Charmed series. While it shares the same small town life and character set, it can easily be read independently of the series as a standalone. However, the emotional connection might have a better payoff if the series is read in order, since the reader would be familiar to the setting and characters, lending to stronger character development.

First of all, I'm a sucker for the young adult genre, even more so if it features a laid-back, southern lifestyle, allowing the story to shine. Next, nothing is as yummy as the 'my brother's best friend' premise. It adds that angst the young adult genre is known for, yanking those of us who are young at heart back into the past.

Haley has had a crush on Jake since she knew what a crush meant. Too bad Jake is her brother's best friend, therefore he's off-limits. Haley the wallflower, she's her twin's shadow, where he shines so bright, she turns nearly invisible.

Jake is the classic jock, where everyone wants him to succeed at the expense of him getting to be himself. He has a ton of pressure on his shoulders, which makes him play a role in life, instead of being himself. He falls into the stereotypical jock lifestyle of drinking far too much, paying the consequences of those actions.

The Crush Collision was a well-written novel with a decent pace to keep the reader interested. There were a few flaws, which I consider my pet peeves more than anything, added with my reading mood. Since this is a young adult review, I won't make it about me. I'm more likely to offer constructive criticism in an adult review (an adult space). In this genre, I go with the flow, instinctively knowing the teenage population will swoon for this novel.

What I adored the most is how real Haley and Jake's friendship felt, moving at a slow-burn pace, where the readers got to know the characters right alongside them. The foundation was being constructed to hold strong, instead of falling into insta-love territory.

As odd is as it is to admit, I'm enjoy that gut-punch, belly twisting sensation while reading, where I feel true emotions for the characters being brought to life. Ellison managed to pull those sensations out of me, running the full gamut of emotions.

Highly recommended to young adults and those young at heart. 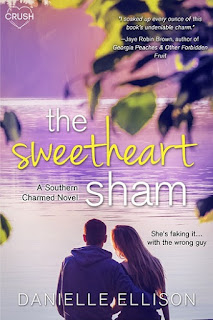 For reviews & more info, check out our The Sweetheart Sham post.

Danielle Ellison is a nomad, always on the lookout for an adventure and the next story. In addition to writing, she’s the founder and coordinator of the NoVa TEEN Book Festival. When she’s not busy with books, she’s probably watching her favorite shows, drinking coffee, or fighting her nomadic urges. She is newly settled in Oklahoma (for now) with her cat, Simon, but you can always find her on Twitter. 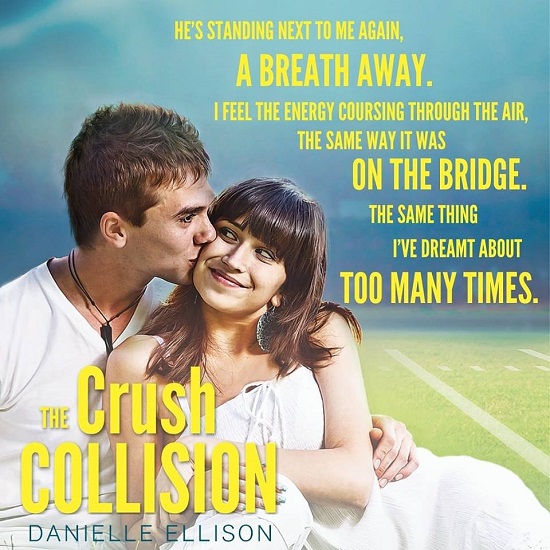 Reviewers on the Wicked Reads Review Team were provided a free copy of The Crush Collision (Southern Charmed #2) by Danielle Ellison to read and review.
Posted by Wicked Reads at 9:06 AM