The Queen B* Strikes Back by Crista McHugh

Alexis Wyndham isn’t quite sure what to think about her “friendship” with star quarterback, Brett Pederson. Sure, he has more intelligence than the entire football team combined. Not to mention that fact he’s a great kisser. When he asks her to help him with his college admission essays, she isn’t sure if he’s doing it to spend more time with her or if he’s just using her for her brains. But after her nemesis, Summer Hoyt, makes it clear she’s not finished chasing after Brett, Alexis begins realize how hard she’s fallen for Brett. Now the war is on, and the head cheerleader will find out why she should never take on a Queen B*. 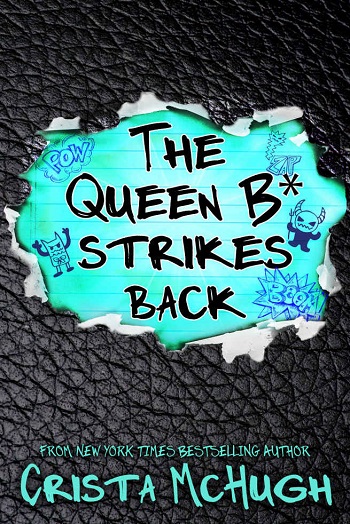 After reading Confessions of a Queen B*, I immediately jumped into the next in the series – also reading it in one sitting. Hard to imagine, but I found it even more addictive, pages clicking by at a rapid pace.

Alexis is trying to keep Brett in the friend-zone, due to fear after the betrayal Summer dealt her. With her sister and Brett both acting as Summer's minions, she finds it difficult to trust two of the most important people in her life.

Alexis is a justice-seeker, the protector of the bullied, the girl who rights the wrong by showing those being led astray the errors of their ways. We all need an Alexis – the devil's advocate, the voice of reason, the harsh reality that removes the pretty lies we tell ourselves.

BUT, in her own life, Alexis is a train wreck due to the fact her fear won't allow anyone in. She listens to her gut, but then she ignores it when it matters most, showing she isn't a superhero after all. The heroine of this tale is a high school girl, but she tries her hardest.

This series is heavy with the morals, dished up in a way that no one would realize they were swallowing a heaping helping. As for the morality bent, it's shown in a realistic light – the pros and cons of any given situation. There is no element of preachy-ness to it whatsoever.

Brett is truly a good guy, but he suffers from being a 'guy.' They seem to be blind to the manipulations girls use. But in this, I kind of lose respect for Brett, because no guy is THAT blind. Instead of frustration, I rooted for Alexis when her inner monologue mirrored exactly what every young woman, and grown alike, need for self-respect.

Off to read the conclusion – I already one-clicked and was writing this review as it downloaded on my Kindle. As of right now, Alexis is one of my favorite young adult heroines. Let's hope the conclusion keeps her in that top position.


Also Available in The Queen B* Series 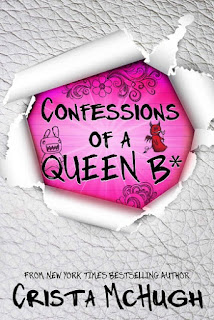 For reviews & more info, check out our Confessions of a Queen B* post.

Crista McHugh is an award-winning author of fantasy and romance who writes heroines who are smart, sexy and anything but ordinary. She currently lives in the Audi-filled suburbs of Seattle with her husband and two children, maintaining her alter ego of mild-mannered physician by day while she continues to pursue writing on nights and weekends.

She is an active member of the Romance Writers of America (including the Greater Seattle Chapter and the Seattle Eastside Chapters), and Romance Divas.

Just for laughs, here are some of the jobs she’s had in the past to pay the bills: barista, bartender, sommelier, stagehand, actress, morgue attendant, and autopsy assistant.

And she’s also a recovering LARPer. (She blames it on her crazy college days)

Erica reviewed her personal copy of The Queen B* Strikes Back (The Queen B* #2) by Crista McHugh for this post.
Posted by Wicked Reads at 10:30 AM