For teenage secret agent Theo Reese, summer brought one surprise after another, and now that he’s back at school, the shocks keep coming. The unthinkable has happened—enemies have breached Tactical Operational Support, forcing Theo and his parents to instigate the protocols they’ve put in place in case of a worst-case scenario.

As Theo goes on the run and tries to stay ahead of those pursuing them, he realizes the TOS network is down… and he’s on his own. He soon discovers the renegade organization Blackbird is responsible.

Theo's been targeted by an old nemesis, who will do whatever it takes to force his hand and obtain his help in taking global control of the internet.

Theo must prevent the internet hijacking, and while he finds allies, they’re in the last place he expects. 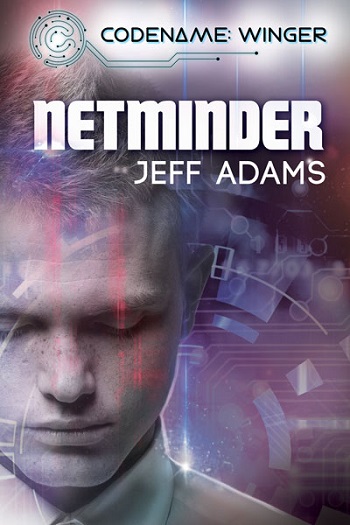 This excerpt is from Chapter 2. If you've read Audio Assault, you've probably seen the Chapter 1 sneak peek that's in the back and you know Theo comes home from school to an emergency. If you haven't read that, this gives you an idea that from the very start of the book the stakes are already very high.

John was right—I had to get out.

I grabbed the pack off the floor and scrambled down the stairs as fast as I could. Going out the front door would be stupid. I stopped there, though, and engaged the three locks. From the garage, I’d arm the security system. If they came back, it’d go off and at least alert the cops.

I ran through the house, back the way I’d come. In the garage I unracked the bike and got ready to go into the backyard.

The alarm wouldn’t set. I entered the codes again but instead of a confirmation that it would arm in ten seconds nothing happened.

I tried again, but nothing.

They’d done something. No time to figure it out.

Backpack across my shoulders, I burst out the back door and sprinted across the yard to the fence line, rolling the bike next to me.

I heaved the bike over the fence, which was slightly taller than I was. Regret shot through me at having done that to my expensive, fine-tuned machine. There was no choice, though.

Hockey conditioning came in handy as I pulled myself up the wood planks that had no footholds. I dropped next to the bike, which had landed in a pile of brush.

Looking around, memories rushed back. When we were kids, Mitch and I, along with other friends, would play hide and seek, laser tag and Indiana Jones in these woods. There were plenty of paths and, even though I hadn’t been back here in years, the routes were as clear as ever.

I pulled the phone and called 911.

“911. What’s your emergency?” a woman answered with authority.

“I need an ambulance at 1321 Remington Way.” My voice cracked and quivered. “My uncle. He’s hurt.” A whimper escaped. “Please hurry.”

Should I say he’s shot? Or missing a hand? Keeping details to just enough to get them here seemed enough.

“I’m sending an ambulance and police. Where’s he bleeding from?”

“He’s….” I could barely talk anymore.

“Take a deep breath and try to calm down. Help is on the way. We can stay on the phone until….” Her voice shifted into calmer tone that was more than I could handle.

I hung up. She couldn’t help me. I had to pull myself together and get going. John would be okay. He had to be.

He told me to go. He knew I’d follow his order.

What if that was wrong?

I couldn’t change it now. I had to go before anyone came. 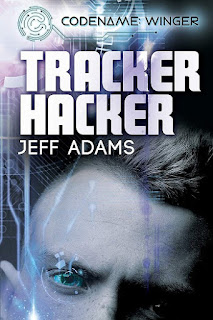 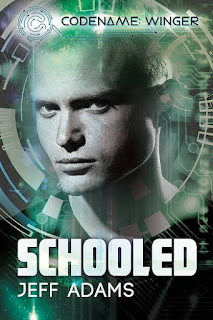 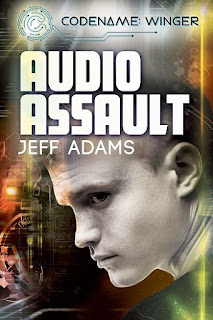 For reviews & more info, check out our Audio Assault post. 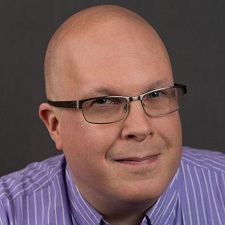 JEFF ADAMS has written stories since he was in middle school and became a published author in 2009. He writes both gay romance and LGBTQ young adult fiction… and there’s usually a hockey player at the center of the story.

Jeff lives in rural northern California with his husband of twenty years, Will. Some of his favorite things include the musicals Rent and [title of show], the Detroit Red Wings and Pittsburgh Penguins hockey teams, and the reality TV competition So You Think You Can Dance. He also loves to read, but there isn’t enough space to list out his favorite books.

Jeff is the co-host of the Big Gay Fiction Podcast, a weekly show devoted to gay romance as well as pop culture. New episodes come out every Monday at biggayfictionpodcast.com.

In honor of the cover reveal of the final book in the Codename: Winger series, we're hosting a Scavenger Hunt. The first clue has been added to the Rafflecopter today, February 27th. The second clue will be added on Thursday, February 28th. The final clue will be added on Friday, March 1st. The Rafflecopter will be open until midnight on Sunday, March 3rd.
Happy Hunting!